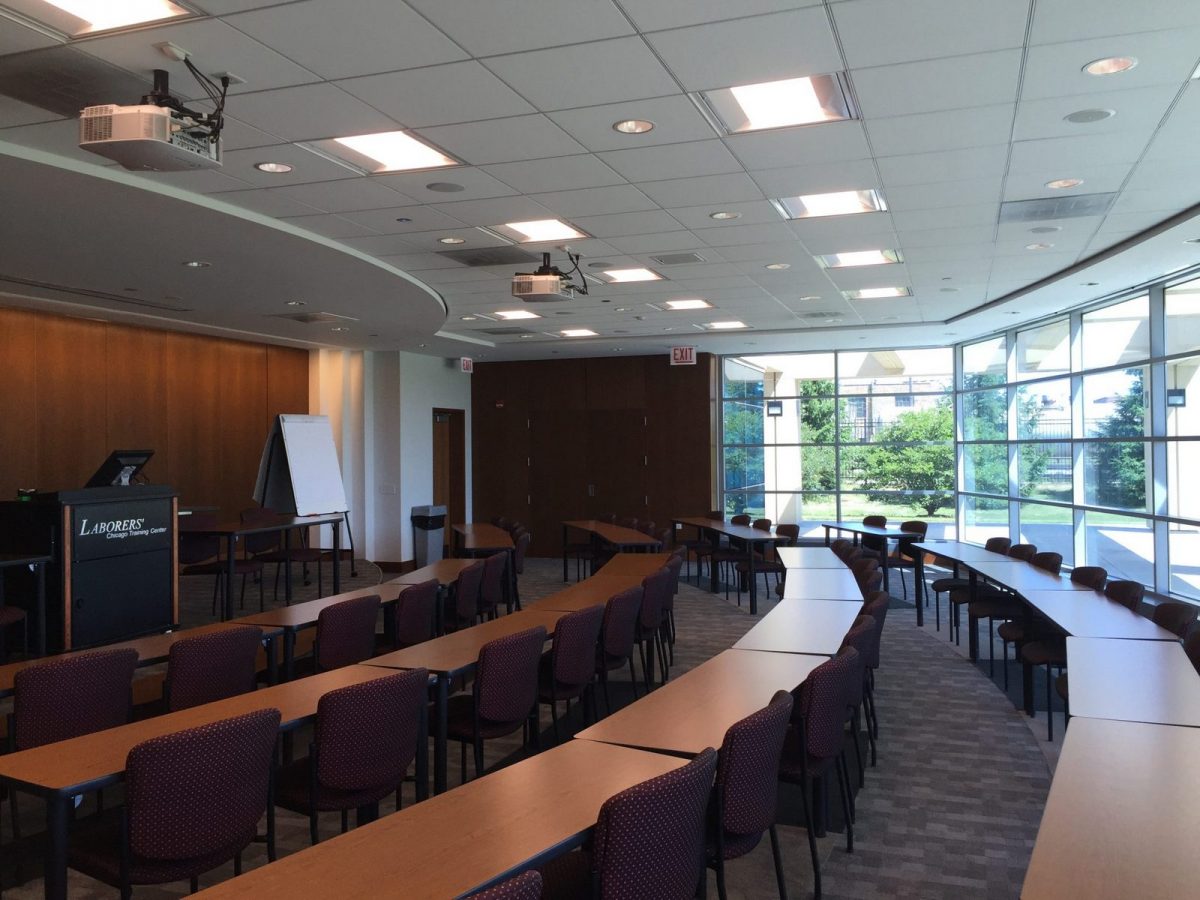 The Chicagoland Laborers’ District Council Training and Apprentice Fund began in the summer of 1986. It was designed to provide something vital: training and education for laborers working under the Chicagoland District Council collective bargaining agreement. The staff is open to developing training courses to meet the specific needs of either the contractor or Union membership. It is a place where people work together to learn and grow with the ever-evolving industry standards.

The Homer Street facility was opened in 2009 as an alternative location for members to receive training. The site trains approximately 3,000 people per year by offering day, night and weekend classes, and operating 50 hours per week on average.

“Some of our members can be uncomfortable with the training process, and when you add in a place that is not conducive to learning, it makes our job harder,” explained Richard Schumann, the administrator for the Chicagoland Laborer’s Training and Apprentice Fund’s Homer Street facility. Schumann highlighted one of the key challenges facing all educational facilities – student engagement, which is critical to educational success. “We have people coming in after an eight hour shift for a four to six hour training session. We need to keep them engaged.”

The Union’s existing lighting system was very dull and, according to Schumann, it counteracted their trainers’ efforts to create the best atmosphere for learning. As Schumann put it, “when the lights are dull, it is hard to learn.” The Union realized that they needed to upgrade their lighting system. Although the building was only seven years old, their lights were not creating an engaging learning environment and were already becoming costly to operate and maintain. They also needed to upgrade their facility without disrupting educational and training services.

The Chicagoland Laborers selected Sustainable Lighting Solutions (“SLS”) to design a lighting system upgrade that made their facility more engaging and reduced their operating costs. SLS proposed replacing the facility’s existing T8 Troffers with Orion Lighting’s APOLLO LED LDR Troffer Retrofit Fixtures and their Metal Halide High Bays with Orion’s Compact Modular Fluorescent High Bay fixtures. The units are designed to significantly reduce the cost of operating and maintaining the training facility’s lighting system. The system was projected to save over 160,000 kWh, leading to over $17,000 per year in energy savings.

The Union chose SLS and Orion’s product based on the success they had seen when SLS retrofitted their Carol Stream, IL facility. Additionally, SLS’s installation flexibility, provided in part by Orion’s quick shipping approach (two to three weeks) and product packaging for easy removal from trays that doubled as recycling containers, was also a key component in choosing to proceed with the project. In fact, as Schumann noted, “SLS’s installation team worked around the classrooms that were in use. Half the time we did not even know they were in the building.” Moreover, Orion’s APOLLO LDR products are the first patented LED troffer retrofit contained within the door frame and can be typically installed in under two minutes per fixture. These product features helped SLS’s team work quickly and be flexible in their installation, which allowed the Union to retrofit their facility without impacting their training schedule.

The retrofit project delivered in its primary objective of improving the classroom learning environments. “The lighting project has delivered noticeable improvements in student engagement,” Schumann said, “and the difference in classroom is 90% of what we needed.” The training staff also feels that the overall atmosphere in the facility has improved and students seem to have even more enthusiasm thanks to the new lighting. Additionally, the facility is already seeing a measurable reduction in the electrical consumption and the electric bill.

When asked what he would tell other education facilities considering a lighting upgrade, Schumann concluded that “the experience has been well worth it, not just because of the cost savings, but because of all the benefits – especially the improvements to the learning environment.”

Download a PDF of this case study, which was developed by lighting partner Orion:

I get here early in the morning, often times before the sun comes up, and when you turn the lights on, they almost feel like sunlight.