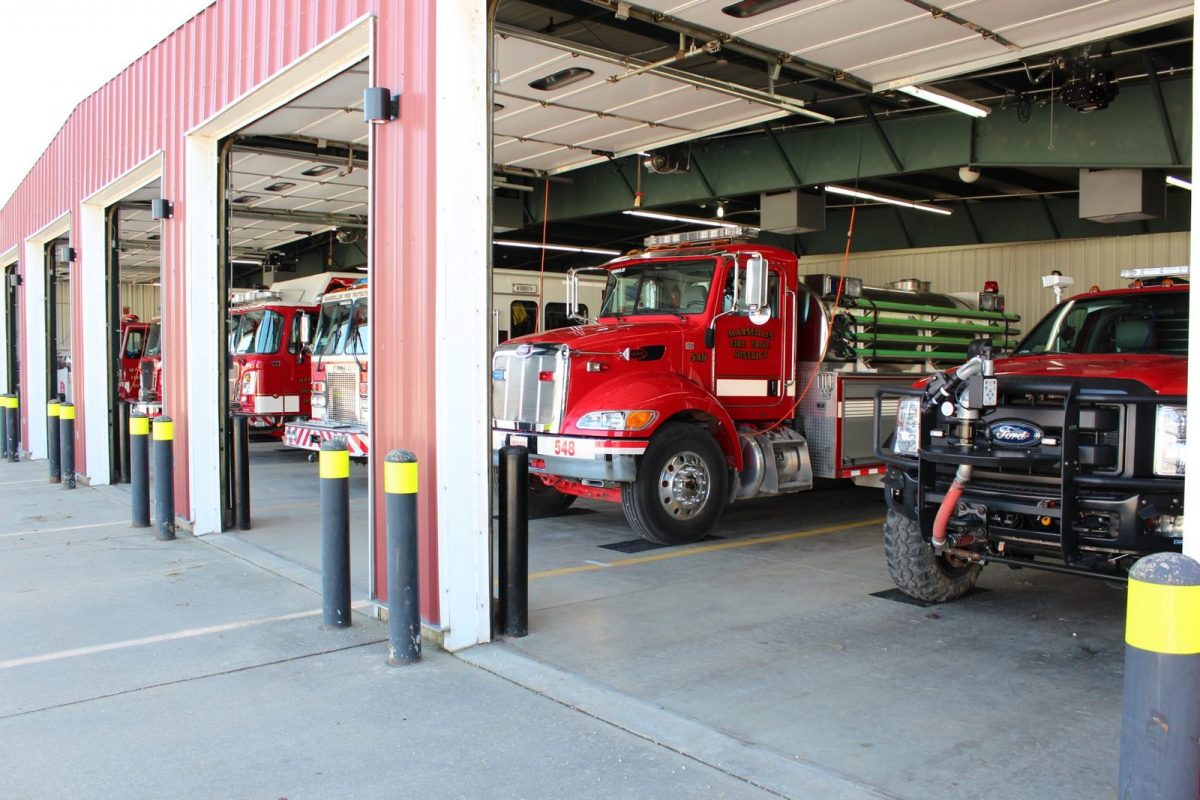 An energy-efficient lighting upgrade at the Marseilles Fire Protection District will cut its electricity costs in half, saving the district nearly $5k annually.

“It was the right thing to do,” says Marseilles Fire Protection District Chief Michael Garrison. “Anytime you can save the district money – taxpayers’ money – you should.”

Improving the lighting in the six bays of its two-building fire station was a project that moved to the back burner indefinitely. A simple postcard from Sustainable Lighting Solutions (SLS) about incentives available to fire protection districts reignited Garrison’s interest in the lighting project.

Garrison contacted SLS, which assessed the Marseilles Fire Protection District’s project. SLS secured the district a $8,526 rebate, which lowered the district’s out-of-pocket cost to about $11,000. SLS managed the application and approval process for the Illinois Energy Now program, administered by the Department of Commerce and Economic Opportunity (DCEO). Up to 75% of a project’s cost can be rebated, based on the applicability and volume of energy-efficient upgrades. The program is funded by all utility customers; an energy-efficiency program fee is assessed on all monthly utility bills.

To maximize cost savings, the district and SLS worked within the DCEO incentive parameters. The district chose options based on available incentives, labor, and project duration. SLS focused on replacing the lighting instead of the entire fixture, swapping out dated fluorescents with more modern technology. In addition to the fire engine bays, the district increased lighting in the maintenance area, replaced its board and training rooms, and upgraded its kitchen and corridors.

Garrison was grateful that SLS managed the application and approval process, and kept his administrative involvement to a minimum.

“They did a good job. I would definitely recommend Sustainable Lighting,” Garrison says. “I would invite any district considering a project to visit us and look at what a difference the new lighting makes.”

It was the right thing to do. Anytime you can save the district money – taxpayers’ money – you should.