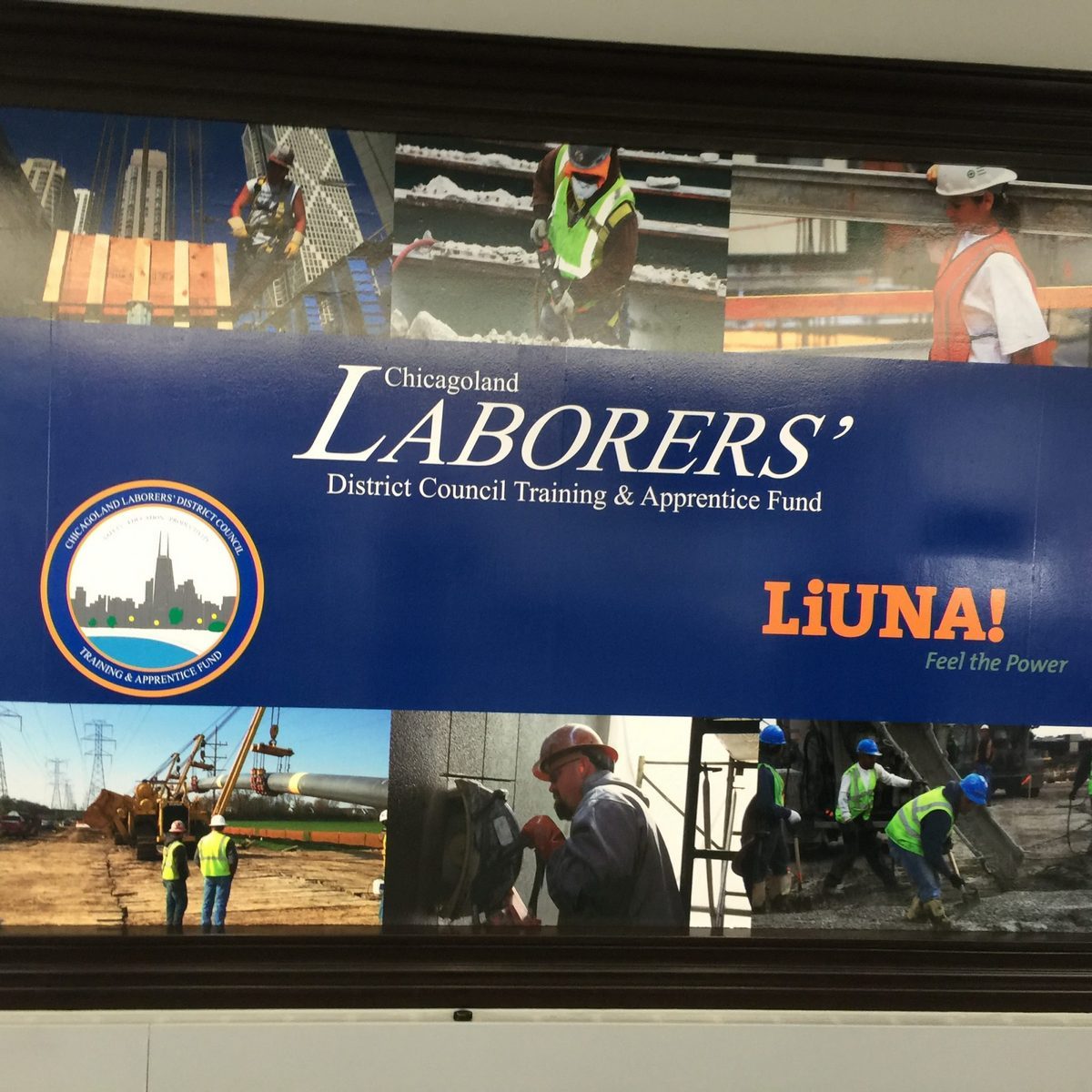 The Chicagoland Laborers’ District Council Training and Apprentice Fund (Chicagoland Laborers) began in the summer of 1986. It was designed to provide something vital: training and education for Laborers working under the Chicagoland District Council collective bargaining agreement. The staff is open to developing training courses to meet the specific needs of either the Contractor or Union membership. It is a place where people work together to learn and grow with the ever-evolving industry standards.

The Carol Stream facility opened in 1990 to support the needs of Laborers in a nine county region. The site trains approximately 4,000 – 5,000 people per year by offering day, night and weekend classes, and operating 50 hours per week on average.

“We need people to want to come back, and to do that we need to provide a positive learning environment.” In discussing a recent project at his facility, Keith Vitale, Training Director for the Chicagoland Laborers’ Carol Stream, Illinois training center highlighted a key challenge facing educational and training facilities, namely the impact that lighting plays in the learning environment. “You can see it on our participants’ faces. Bright lights enhance rooms, but walking into a dim, dingy room, isn’t very motivating.”

Recognizing that their lighting must be improved during the recent renovation of their 26-year-old facility, the Chicagoland Laborers also identified another challenge facing education retrofit projects – how to upgrade their facility without disrupting classes. Or as Vitale put it, “we were not closing the school to do a lighting project.” So the Chicagoland Laborers were faced with identifying a way to upgrade their lighting system while co-existing with the educational and training services that they provided. This was particularly important to them, for as Vitale explained, “if one of our members come here for training and they do not feel that we provided a good product, they won’t come back.”

Faced with upgrading an interior lighting system that served classrooms, cafeterias and training bays, as well as offices, conferences rooms, hallways and storage areas, Chicagoland Laborers turned to Sustainable Lighting Solutions (“SLS”) to help them identify the best system to meet their facility’s particular lighting needs. SLS showed thema number of options, but the Chicagoland Laborers chose Orion Lighting’s APOLLO LED LDR Troffer Retrofit and Orion’s Fluorescent Compact Modular High Bay, as well as a few LED downlights and fluorescent retrofit kits to complete the interior project. The interior lighting project was projected to reduce a site’s electrical demand by 48.4 kW or almost 60% of their existing demand. The project will save them over 190,000 kWh, which should reduce their ComEd electric bill by over $20,000 per year. When asked why they chose Orion, Vitale answered, “we had looked at other options, but when SLS showed us the Orion fixtures, we stopped. They were aesthetically pleasing, fit our décor, and when we saw how simple it was to install them, It was an easy decision.”

The Orion products chosen by SLS met the visual, design and performance requirements that the Chicagoland Laborers had set forth for the Carol Stream Training retrofit project. The products also allowed SLS’s installation team to limit facility disruptions during the retrofit, which was critical to the Union. As Vitale explained, “The installation was seamless. We were able to operate as if they were not even there with zero interruption to classes.”

The Chicagoland Laborers was also impressed by Orion’s product packaging and quick shipping approach (two to three weeks) and how they helped ease the installation process for SLS. Vitale explained that, “the installation was so organized. Everything was separated and ready to go when the installers got to the site.” Orion’s fixtures are packaged in trays for easy removal from the package. In addition, the package doubles as a recycling vessel, which makes for a debris-free install and cleanup.

The Chicagoland Laborers staff and students were impressed by how quickly SLS could retrofit a space. Often during the project, whole classrooms were able to be retrofitted during the time participants were working in a training bay. The students would leave the room for a field training exercise, and during that time SLS would replace the 9-10 lights in the room. The student reaction was immediate, “they thought the lights were dimmed before their field experience and had been brought up to full light upon their return to the classroom,” Vitale said.

The Orion product helped demonstrate the importance of lighting to learning, Vitale said, and he added that now he considers himself a strong proponent of the impact that lighting can have on students’ performance. The impact is obvious, he said, “good lighting makes our students more attentive and more eager to learn. It can help make students feel more comfortable and safer, especially if they have not been in a classroom in a while.” I have never really thought of lighting as part of education, and how it impacted the learning environment until we went from our yellow lights to the Orion LED lights.”

Enhancing the classroom lighting led to additional classroom improvements at the Chicagoland Laborers training facility. LCD projectors were replaced with televisions used by instructors to present training and education. The old LCD projectors required the trainers to shut off the lights, which created the potential for classroom disruption.

They use televisions to show the same video materials, and the lights stay on. As Vitale explained, “keeping the lights on helps keep students awake and alert, which facilitates our learning methodologies and our student projects.”

The Chicagoland Laborers appreciate the significant impact lighting had on bringing their 26-year-old building back to life. Moreover, the Chicagoland Laborers is seeing significant tangible benefits from the project. Vitale mentioned that since the project has been installed, “our utility savings are tracking at 30% per month, as compared with the10-15% that we had planned to see.”

When the education improvements and energy saving were combined, the Chicagoland Laborers were prompted to work with SLS to replace the four-year-old lighting in their Chicago training facility. As Vitale put it, “the transformation here was so profound, it made it an easy decision to replace the lights in the new building.”

Download the PDF of the full case study developed by lighting partner Orion:

I had never really thought of lighting as part of education, and how it impacted the learning environment.