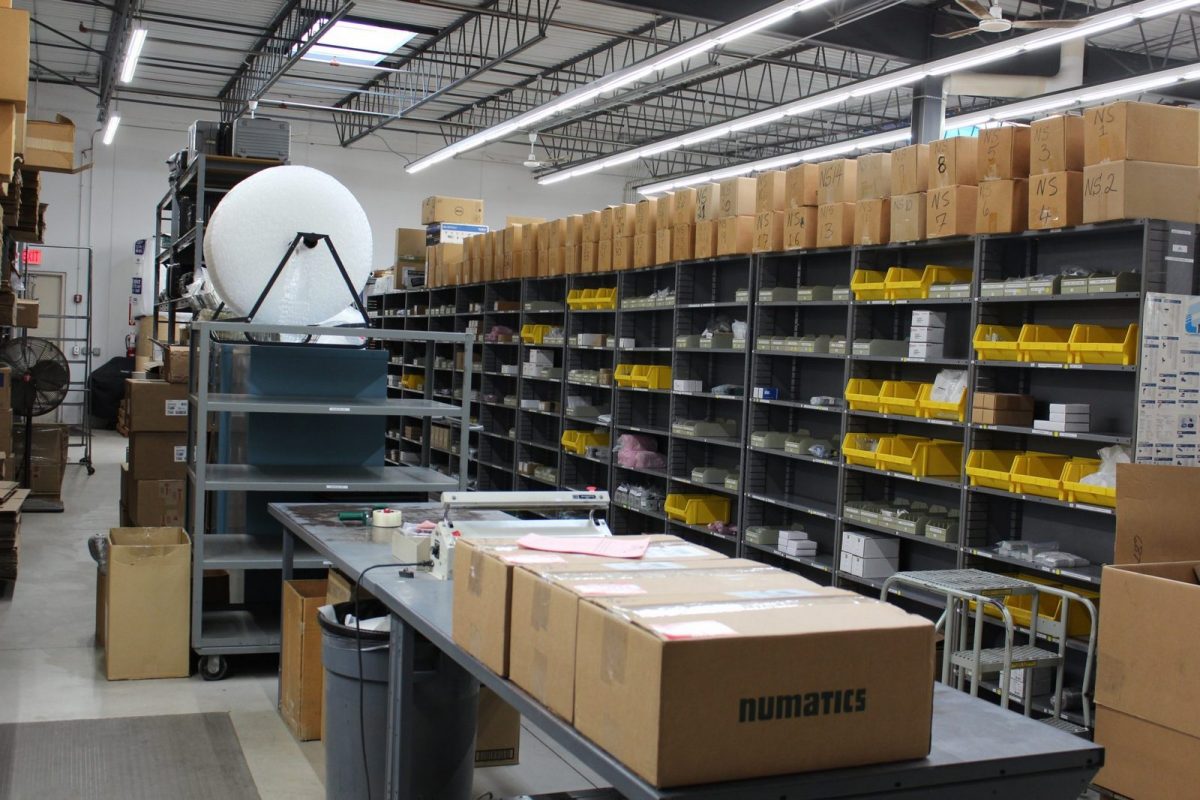 Nearly 10 years ago, Burr Ridge-based Kiser Controls Co. declined a potential overhaul of its fluorescent lighting to LED because it cost too much. That changed this year when a supplier referred Kiser to a state program that rewards companies for reducing energy consumption.

As Michael Daniels, Kiser Controls Co. Purchasing and Inventory Control Manager, says, he didn’t expect a routine replacement of fluorescent lighting to result in a complete overhaul of the interior and exterior lighting for this west suburban industrial supply house. Daniels learned about the small business program with ComEd through his lighting supply company. After researching the program, he was referred to Sustainable Lighting Solutions, a certified trade ally.

Kiser Controls Co. primarily supplies manufacturers in northwest Indiana and northern Illinois with industrial supplies, from air valves to vacuum pumps. Its 10,000-square foot building includes professional offices and a warehouse, and is typically lit five days a week for 12 hours a day. The interior was lit with fluorescent lights and the exterior with metal halide.

Kiser Controls Co. President Kerry Kiser says the interior lighting had become inconsistent because replacement bulbs were commonly replaced with those manufactured by different companies. Some employees had twisted the fluorescent bulbs off because they didn’t like the light, and other areas such as the warehouse would certainly benefit from greater coverage. Kiser was also concerned about the safety outside the building when the metal halide lighting repeatedly burned out.

When Daniels presented the proposal to convert to LED, Kiser said the decision was a “no brainer”. Kiser received more than $14,000 in energy efficiency incentives through ComEd. The Smart Ideas program is funded by Illinois consumers and businesses that pay an energy efficiency fee each month. Daniels and Kiser appreciated the fact that Kiser Controls was able to receive funding from a program that it already paid into.

After the install, “right away I recognized the color balance and the consistency of light throughout the building,” Kiser says. “We are really happy that we finally did it. It certainly didn’t make sense in 2007, but it did today.”

Sustainable Lighting Solutions installed more than 100 fixtures inside and outside the building. The new energy efficient lighting coupled with occupancy sensors will save Kiser Controls more than $5,400 annually in energy and maintenance costs. Sustainable Lighting Solutions presented Kiser Controls Co. with an Environmental Stewardship Award for the project’s impact, which will decrease its annual energy consumption by more than 50,000 kWh.

“When it was complete it was almost like walking into a brand-new office and feeling a jolt of energy and excitement. Everything looked so good,” Daniels says of the LED replacements.

Kiser agrees. Arriving to the office early in the morning and having such bright light throughout the office has certainly improved his outlook, he says. Moreover, the fact that Sustainable managed the incentive process with ComEd as well as disposed of all of the old fluorescent tubes was a bonus.

“Sustainable Lighting Solutions managed the project like we manage our customers,” Kiser says. “We want to do everything that we can to keep our customers focused on running their business, and Sustainable allowed us to do that.”

Right away I recognized the color balance and the consistency of light throughout the building. We are really happy that we finally did it. It certainly didn’t make sense in 2007, but it did today.